Happy Death Day is a 2017 American film. The story is about a self-centered college-going girl who wakes up on her birthday in a dorm room which belongs to a student named Carter. By the end of the day she gets murdered by a mysterious killer and wakes up back in the dorm room, starting at the exact same day.
When she tells Carter of the situation, he figures that she has unlimited number of lives to solve her own murder.
Although this movie has an interesting story, I found the ending a little disappointing. This movie could have done a lot better if they had planned out the ending, as the killer being who it was didn’t make much sense or answer the question as to why she was dying and then waking up, over and over again. Even then, I’d say I did not regret spending my time on this movie and would recommend it if you’re looking for a thriller/slasher.
Overall the story has a new and interesting concept, and the actors have done a very good job at playing their roles.

With a hint of comedy and thrill, this movie makes for a perfect one time watch.

To be honest, ‘Doctor Who’ is the best TV show I’ve ever seen in the recent years of my life! It is a British science fiction show produced by the BBC in 1963. It features the adventures of a man who calls himself “The Doctor”. He is a timelord from a planet called Gallifrey and travels through time and space in his bigger on the inside time machine, TARDIS. He always takes a human companion along with him on his adventures and can regenerate. Every time he dies, he has 12 regenerations in all and every time he regenerates he has a new face with a new personality. Trust me, every Doctor touches your heart in such a way that you’re gonna cry in all 12 regenerations! No other show has this level of bravery, kindness, and humanity and each episode of this show has a soul and will leave you breathless! It’s so brilliantly presented that I am running out of words to describe it but I would like to say that if you have not watched this series you’re missing a lot in life, buddy! So go on and find out who your favourite doctor and quote is! 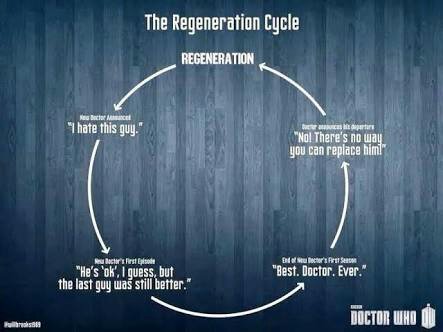 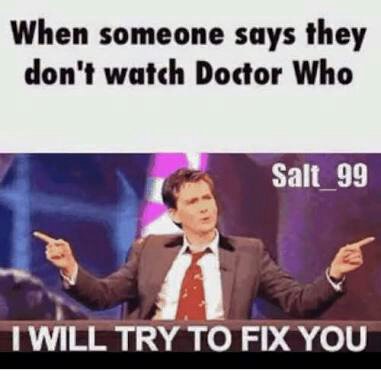