Happy Death Day is a 2017 American film. The story is about a self-centered college-going girl who wakes up on her birthday in a dorm room which belongs to a student named Carter. By the end of the day she gets murdered by a mysterious killer and wakes up back in the dorm room, starting at the exact same day.
When she tells Carter of the situation, he figures that she has unlimited number of lives to solve her own murder.
Although this movie has an interesting story, I found the ending a little disappointing. This movie could have done a lot better if they had planned out the ending, as the killer being who it was didn’t make much sense or answer the question as to why she was dying and then waking up, over and over again. Even then, I’d say I did not regret spending my time on this movie and would recommend it if you’re looking for a thriller/slasher.
Overall the story has a new and interesting concept, and the actors have done a very good job at playing their roles.

With a hint of comedy and thrill, this movie makes for a perfect one time watch.

He counted the lights in the urban city down the lane while I counted his scars. I wondered how he smiled so often with those heavy stitches on his lips. He said these were the consequences of bottling up too many secrets within himself. I always felt a very strong connection with him for we shared most of the cuts, those upon the soul. These scars were only for the body but on the inside, they were wounds that would rot me to death. He made my wounds shine over its cracks and told me how I was so beautiful with them on my skin. I used to believe that the world was dark, hiding deepest secrets behind every face. He told that it was the bright glint in my eyes that was eclipsed by the darkness and negative vibes of some undeserving people. I used to believe that my past followed me only to haunt me as I kept closing all doors to keep myself away from it, but he called me from behind a closed door and asked me to learn from my mistakes. I was a mess with all broken threads of trust, he was the magic that tied all knots to one that lead me to him. I sulked over the thought that I was better off alone with the fire within me. He took me to the darkest places where I learnt to become my own source of satisfaction. I was raised with the myth that a girl and a boy could have only a love tangent with each other. Here, I am standing on the top of the world having him for a lifetime as a friend. The two minds with a set of different thoughts where I felt we met by destiny and he claimed destiny was just an illusion.
“It’s our pain that found each other.” He said.

Past through the maze of steels and bricks

I have come beyond the cradle of nature.

No raindrop kiss on my head,

No promise of a blissful lullaby,

Just my solitude, at peace.

Reading is a pastime to some, and a passion to others. Sometimes you read a book so special that you want to carry it around for months after you’ve finished just to stay near it. 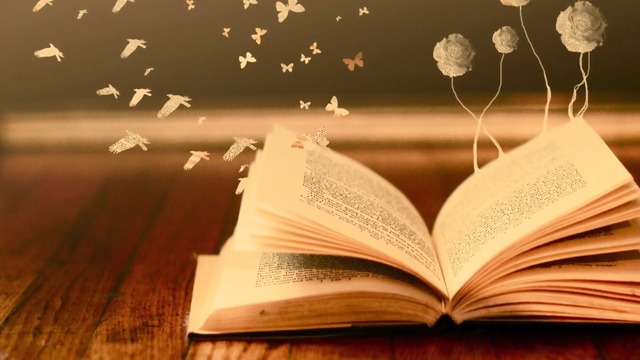 “A reader lives a thousand lives before  dies, a man who does not read lives only one.”- George RR Martin.

Here I’ve compiled a short list of must-read books, some popular, some that haven’t achieved the lofty success they would’ve hoped for, but all nonetheless, amazing.

Set against the ever-changing political backdrop of Afghanistan, the book tells the story of the son of a rich merchant, Amir, and the son of his father’s servant, Hassan.

It is a heartbreaking story of friendship and betrayal, of love and redemption that emotionally grips the reader till the very end.

The Namesake is Jhumpa Lahiri’s debut novel after having previously won the Pulitzer Prize at the age of 32.

It views the Ganguli family from their tradition-bound life in Calcutta through their fraught transformation into Americans.

Lahiri reveals not only the defining power of the names and expectations bestowed upon us by our parents but also the means by which we slowly come to define ourselves out of their shadow.

Told through the point of view of the 6-year-old Scout Finch, the story recounts a crisis that rocks her Alabama hometown when the African American Thom Robinson is accused of raping a young white woman.

The main plotline of Wonder revolves around one thing: being different. August ‘Auggie’ Pullman is born with a facial deformity which hinders his ability to live life the way he would like to.

Wonder forces you to put yourself in Auggie’s shoes and think for one second, “What would it be like to be August?”

At its core, it’s a novel that inspires you to find and truly be yourself against all odds.

When people say this is the best book ever written, they’re not kidding.

Every scene is unforgettable- from the grandest party ever recorded to the tensest fight ever written; from the most perfect dark twisted love affair of all time to the saddest funeral imaginable.

Accomplishing all this in a few pages is really a remarkable feat by Fitzgerald.